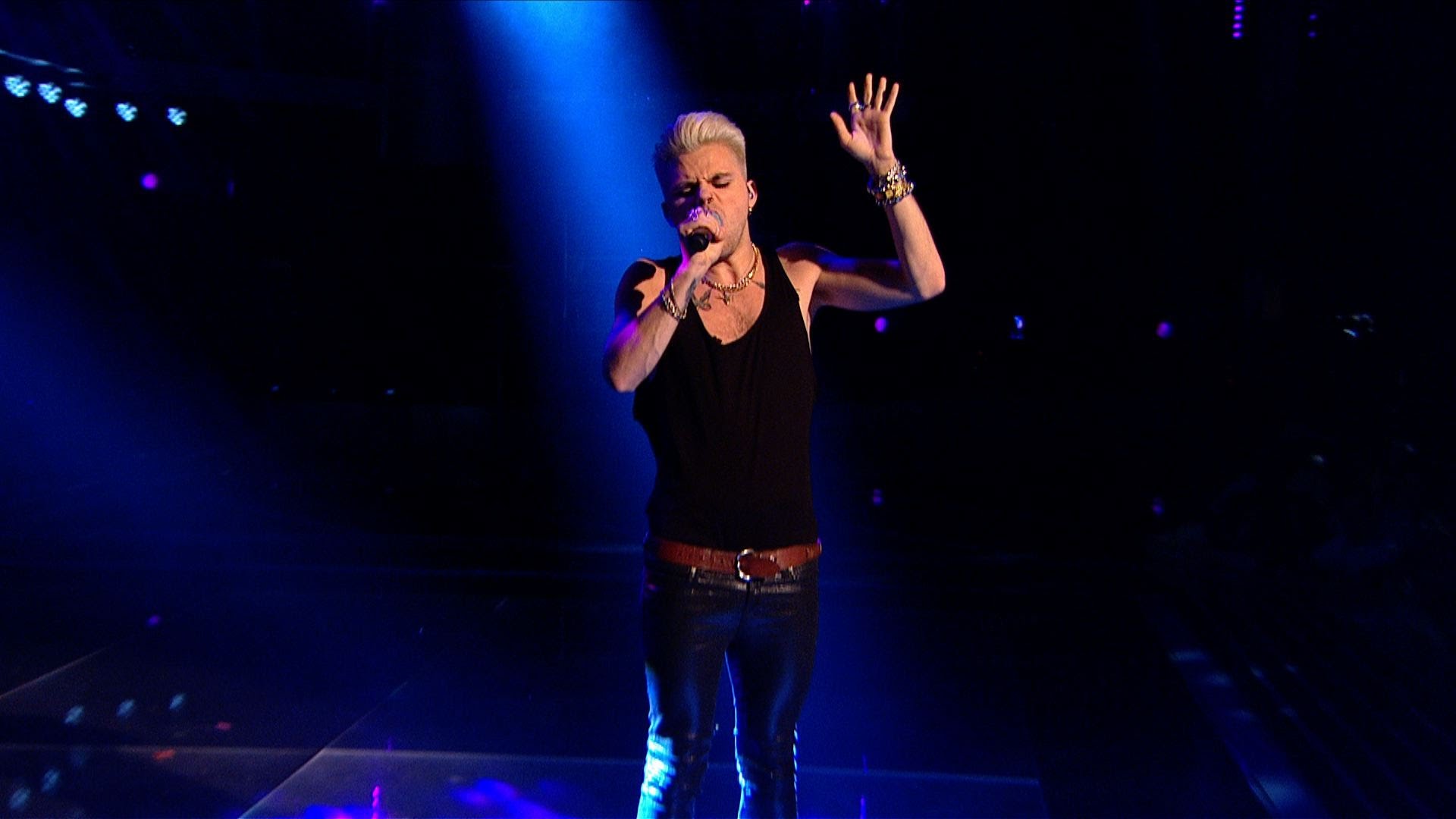 … ‘if you felt that we’d been doing a bad job choosing who should go through – the power is now in the hands of the UK,’ stated Danny ‘everything’s up for grabs’. Ruth, Leanne, Jaz, Tyler, Becky, Vince, Max and Bo are the eight semi-finalists and they’re about to get halved again. Who will make it to next week’s final and become the UK’s official voice?

Last week she was saved by the public vote, it’s given her more confidence and Ruth has come a long way from the shy girl she was at her blind audition. She gave a very emotional performance of ‘The Voice Within’ this weekend and was sporting a more mature look. In tears after the performance, she told the nation ‘if it wasn’t for the Voice, I don’t know where I’d be because I really miss my dad.’ ‘Your voice is one that the UK really can’t live without,’ thinks Danny and Jessie can’t wait to go to Ruth’s ‘sell out shows at Wembley.’

‘Jessie is very honest’ and whilst the audience were on their feet and loved Vince Kidd’s performance last weekend, she told him ‘it wasn’t your best performance – it was cheesy.’ Vince had more than some difficulty with song choice this week. First he wanted to sing Aretha, then Alicia Keys or maybe Labrinth or Michael Jackson. A voiceless Jessie laid down the law with a dry marker and a whiteboard and Vince eventually settled on a simple but great performance of ‘Back To Black’. The only colour to be found in his outfit was his belt and on the front of his creepers.

Max Milner drew on his emotions this week as he sang ‘Every Breath You Take’. ‘Max is made of music, if you cut him open, melody would pour out’ says Danny but the rest of the coaches were not so keen on his performance, again. Not ‘hiding’ behind a guitar, Max ‘felt a bit exposed’ but Tom would have ‘liked to see [Max] play guitar and just do it like that.’ Jessie thought ‘it was a little safe for the semi-final.’ Will was hesitant to comment he didn’t want to influence anything but finally admitted the song selection was great
‘but the arrangement was exactly like the Police… psychologically my mind heard the music and wanted to hear Sting sing it… There was that one note where Sting went into falsetto, my mind thought that you were going to do that… Then you hit a flat note.’

Will ‘talked to the powers that be, went up to the top top, went to the mountain top’ this weekend. Jaz performed ‘Let It Be’ and was backed up by his choir, who were very happy to see him again.

Leanne Mitchell topped her amazing performance two weeks ago as she performed ‘Run To You’ this weekend. Take a look at the breathtaking performance that made ‘every hair’ on Danny’s body stand on end and brought tears to Tom’s eyes. See if you can spot Jessie’s ‘I’m feeling this’ screw face too. As for Will, he thought the performance was ‘machine gun… dope!’ The ever energetic powerhouse that is Becky Hill toned it down physically and vocally. She performed Corinne Bailey Ray’s ‘Like A Star’ and surprised Tom, proving she has ‘a wonderful tone to [her] voice.’ Danny thought it was amazing to see a calmer side to Becky but he would have picked ‘a song that maybe everybody knows.’ The public are voting for the voice though, not the song. Jessie stated ‘I think it’s really important to do songs that maybe people don’t know because they do now!’

The final is next week but Bo Bruce performed ‘Charlie Brown’ this weekend and it looked almost victorious. She said ‘I feel like I kind of want to let go… I just want to kind of explode.’ Will actually praised Danny for the stage set-up. ‘Hats off to Danny and you Bo, you really stepped it up… You made her the superstar that she is.’

Making it clear that ‘Tyler saved himself’ two weeks ago, Will explained that he saved him because ‘he performed better than the ones that were in the same position he was in.’ Part of being a coach is knowing what your opponents are doing, Will anticipated most of the artists would sing slow songs for the semi-final, resulting in a ‘salad of ballads.’ So he switched it up, threw a monkey wrench into the works and Tyler pulled off a performance of ‘Bohemian Rhapsody’. He dedicated the performance to his mum who was in the audience and once again, proved why he is one of the best artists in the competition – his vocal range is astounding. performance by Cheryl Cole. She debuted her latest single ‘Call My Name‘. Pop’s eternal princess, Kylie Minogue, was the guest performer on Sunday night’s results show which kicked of with a group performance from all eight semi-finalists.

It was out of the coach’s hands this weekend as the eight semi-finalists found out if they had done enough to secure themselves a place in the final, where they will duet with their respective coaches. The artists have ‘got so, so close in the last few weeks’ and Vince noted going through would be ‘bittersweet’. Check out how the elimination events unfolded, below. Make sure you’ve seen Saturday’s live semi-final and Sunday’s results show before the end of the week as next weekend, it’s the live final. Here are your finalists – team Tom’s Leanne Mitchell, team Will’s Tyler James, team Jessie’s Vince Kidd and team Danny’s Bo Bruce. Who do you want to see crowned the Voice UK?

Remember, you can see the eight semi-finalists live on tour this year.