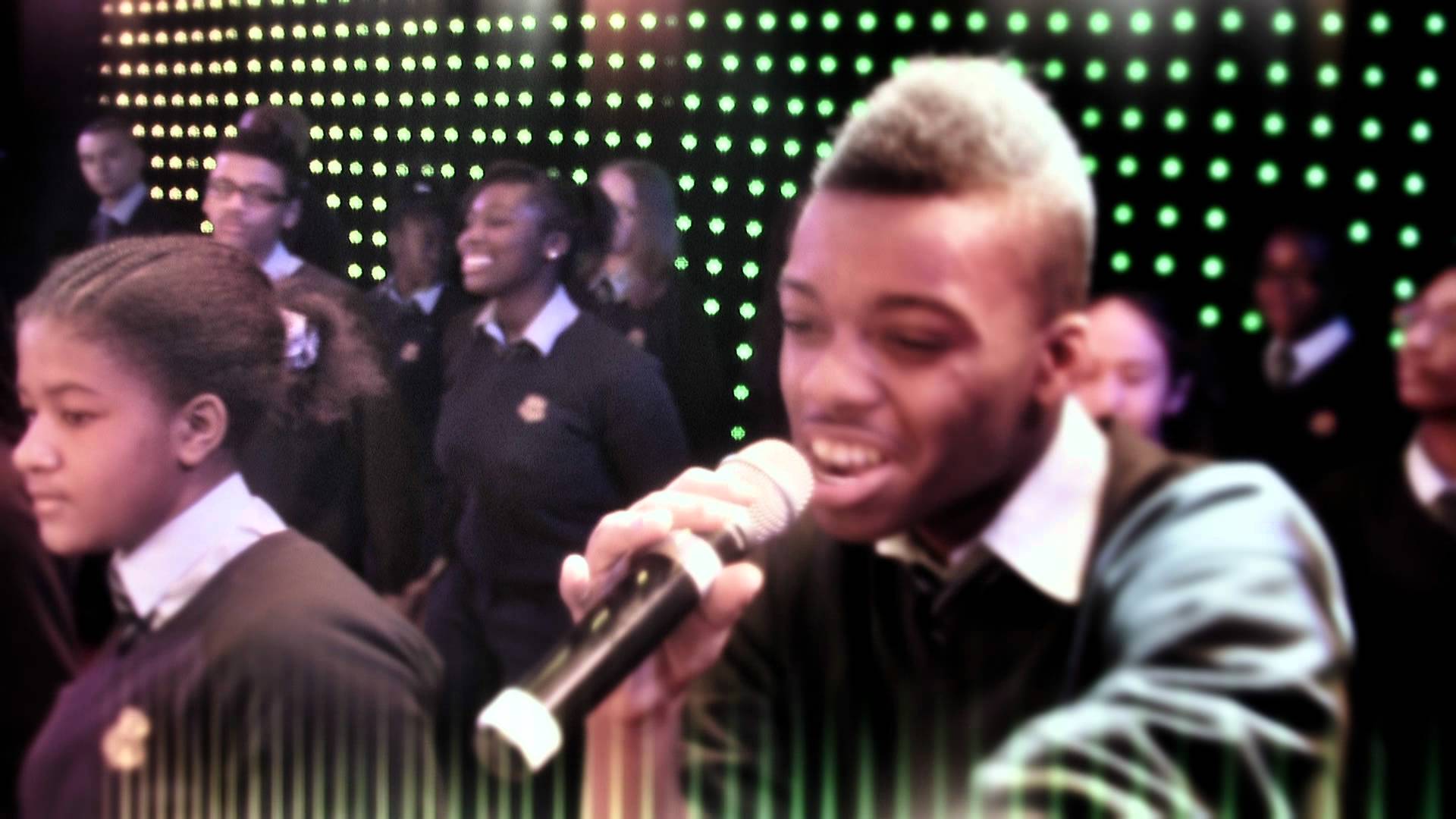 …Over 100 students have contributed to writing the track or have sung on the single that GCS hope will play a major part in changing the world’s perception of Tottenham; an area that gained international notoriety last August as the starting place of the London riots. An official video for the single was released last week and 15-year-old Kimarne Henry, one of the lead vocalists said, ‘Our single “Everybody Dreams” is the voice of the young people at Gladesmore saying to the world that great things do come out of Tottenham, and that despite what occurred during last year’s riots, the area is filled with young people who are full of dreams and aspirations and we want to encourage others to do the same.’

Gladesmore Community School have various appearances planned to promote Everybody Dreams – they sang on the steps of St. Pauls Cathedral on August 20, and will be performing at the Soho Arts Festival on August 24.

With the help of the police, Tottenham was brought to a standstill in early August, when the GCS pupils recorded footage for the video documentary of their journey making the single. Stopping traffic for six minutes – 100s of students recreated a flash mob in the middle of Tottenham High Road, dancing in the streets with local retailers who shut up shop to support their efforts. This is in positive comparison to last year, when traders were forced to close because of the riots. Janet Cooke, owner of Cookes Estates based on the High Road, was present at the video recording for Everybody Dreams and said, ‘I think what the pupils from GCS are doing is excellent. Not only is the song brilliant, the video recording was great and it comes from the heart of the kids. I believe this song will do more for Tottenham than any of our politicians, councillors or other officials. It’s got a great vibe and represents a great community effort.’

GCS pupils have flipped  the script by using media platforms, once used negatively to promote the spread of the London riots, to positively promote their single. They have created a viral campaign and are using FaceBook, Twitter, YouTube and BBM to spread the word and get everyone to download the track on August 19. Everybody Dreams has received mass support. At the House of Commons they performed to the Rt Hon John Bercow MP, Speaker of the House (pictured left with GCS pupils). Support has also come in the form of the Mayor of London, Boris Johnson. During a recent visit to the GCS he declared he had never seen so much talent in one school and stated that everyone should rally round and get their song, Everybody Dreams, to number one in the National Music Charts.

Support Gladesmore Community School pupils in their efforts to spread a positive message about Tottenham and buy the single, Everybody Dreams.

Check out the teaser below for the upcoming documentary. It is set to the radio mix of Everybody Dreams, produced by Dave Stewart, of Eurythmics fame. He donated his services and produced a radio mix of the single which was initially produced by Nicky Brown.