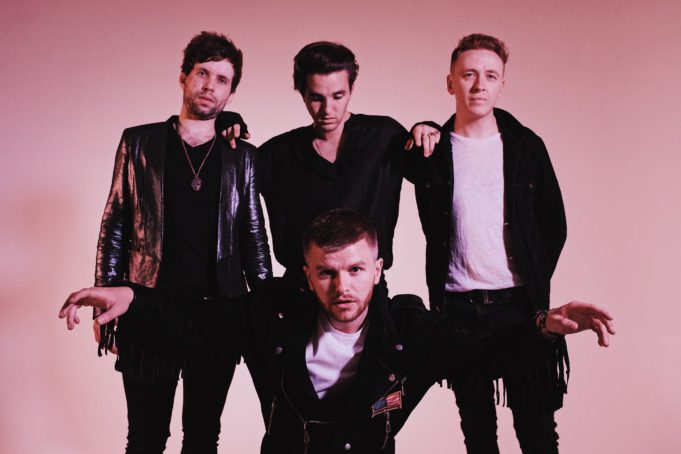 For the last couple of months, the lads from Wild Youth have been non-stop working in the studio on new music between Dublin and London and we can only hope this means we’re getting an album.

These lads first caught my attention with their debut single ‘All or Nothing’. Since then Wild Youth has released a number of up-tempo, heartfelt tracks that are catchy as hell and easy to sing along too.

‘Can’t Move On’ officially blessed our devices this morning with the release becoming very popular in only a few hours. It’s one of those songs that are so well written that it becomes extremely relatable for many people, if the music can make you feel something or brings back a memory just by listening to the lyrics, you know it’s been produced well.  The band from Ireland is definitely causing a huge wave in the Irish music scene right now and we’re totally living for it!

I managed to catch the lads when they performed in London last year at The Islington and it was a great show to end the year with! You’re able to tell when a band is enjoying their performance, with a phenomenal stage presence; they put on one hell of a show. Wild Youth fans are everything a band can hope for, engaging with the band in every way. I’ve interviewed a lot of bands over the years and I have to say ‘Wild Youth’ are one of my favourites; their positive attitude and passion for their craft, which shows through their songwriting and performances ‘Wild Youth’ are the band to watch.

If you haven’t seen Wild Youth, you’re in for a treat! They’ve already previously supported the likes of Niall Horan and Zara Larsson and we can only expect bigger things. You can catch the lads supporting fellow Irish band ‘The Coronas’ on the 21st of July at 3Arena in Dublin.