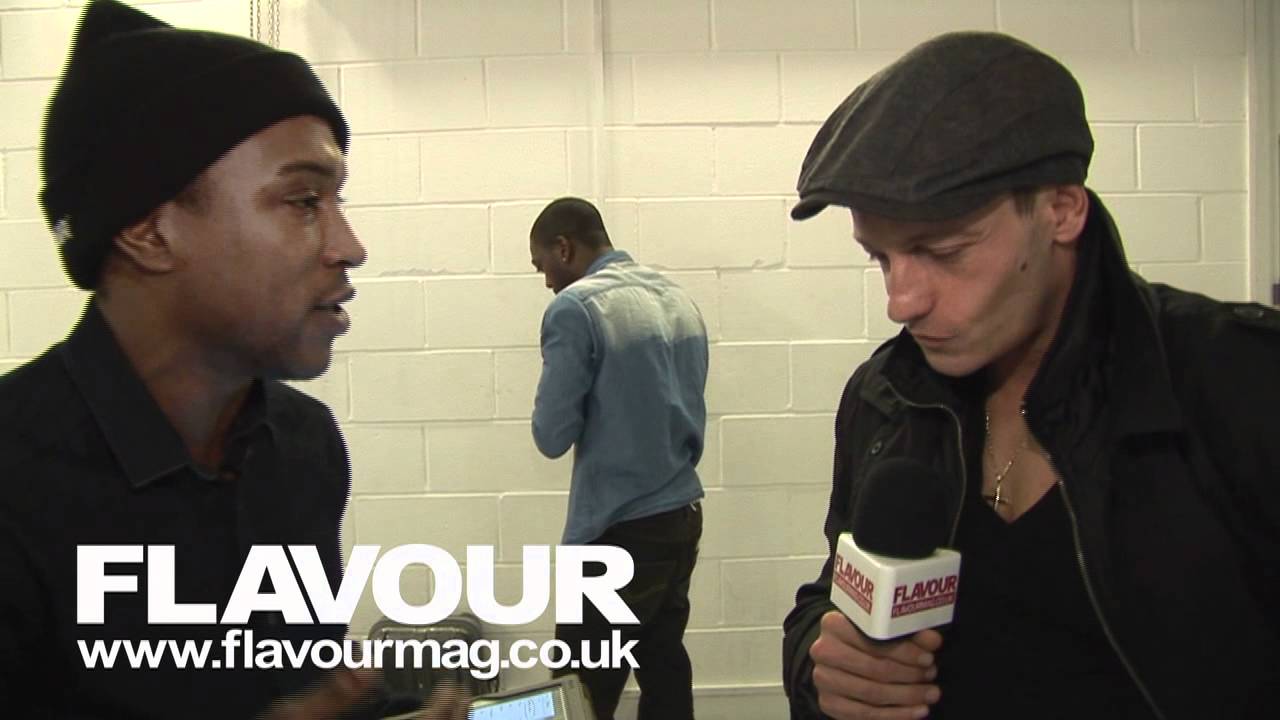 For The Leaders Issue we decided to switch things up here at Flavour HQ and hand over the editorial reins to a guest editor. This is the first time we have invited someone else to take the lead, so we wanted it to be someone with a connection to the magazine and who could also connect with our readers… So when we decided that person would be actor, MC and Mr Top Boy himself, Ashley Walters, it made perfect sense, as he was one of our original cover stars. You’re in for a real treat! What’s good Flavour readers? As you know, I’m Ashley Walters aka Asher D and this month’s guest editor. So…where do I begin? This issue is bigger and better than ever and features some of the top names in the music and entertainment industry.

If you haven’t already seen it, check out the videos on the Flavour site of the shoot with the cast of must-see movie Payback Season – and you can read all about what they had to say in this issue – and trust me, it’s good! Adam Deacon doesn’t hold back on the tensions on-set while filming, Nichola Burley gets personal, Sinead Moynihan talks parenthood, David Ajala spills the beans on his romantic plans and Leo Gregory explains why he doesn’t have to use madman antics in the movie. You don’t want to skip these interviews, believe me.

Getting down to music, this issue includes bad boys Dappy and Dot Rotten, The X Factor’s talented Misha B and flawless Alexandra Burke, not to mention The Ting Tings, actor Adewale Akinnuoye-Agbaje and outspoken rapper Childish Gambino.

It’s been hard work juggling everything as guest editor and it was more work than I thought! But, it’s been good fun getting to know what it takes to put together an exclusive issue. Big up Flavour!

Make sure you also check out what I do best and watch the gripping BBC1 drama Inside Men – every Thursday or on iPlayer – which I star in with Steven Mackintosh and Warren Brown. Here my character, Chris Lebdon, becomes involved in a multimillion-pound cash heist after striving for a better future. But things don’t go according to plan…

Also look out for me in BBC1 drama Love Life, which will hit screens in March. It follows the lives of five individuals exploring love in the modern day. And keep your eyes peeled for new gangster crime thriller St George’s Day about the dark London criminal underworld.

I hope you get voting for my mixtape Forgotten Treasures on the Official Mixtape Awards (OMAs), enter your votes at www.officialmixtapeawards.com and keep up to date on my movements at www.ashleywalters.co.uk and follow me on Twitter people @ashleywalters82.

Out and about with the Flavour team… Ashley was a bit nervous about interviewing Alexandra Burke, but once he met her, the bubbly singer’s laid-back personality helped him quickly relax. Alex had a great time on-set, playing Michael Jackson songs to help her get her in the mood Despite having to wait four hours to interview our ‘notorious’ cover star, all was forgiven in the end and Tovonya had a great time with Dappy, chatting about music, life and babies… Something we should know? Tovonya and Ashley hang out together on-set at the shoot with Alexandra Burke. Make sure you read Ashley Walters’ feature here in the mag on his Top 10 music artists who also act – it’s one helluva line-up! Annika took part in a few of Biggest Loser trainer Richard Callender’s classes at the 3ness Fitness Weekend and caught up with the buff instructor/TV star to talk Jordan, breakfast and weight loss Ashley Walters hangs out with his fellow actors David Ajala and Adam Deacon who star in the latest Brit flick Payback Season. Make sure you read Ashley’s interview with the cast, you won’t want to miss it! Ready for their close-ups… Team Flavour’s Ashley, Annika and Leonard strike a pose with Team Payback Season’s Nichola, Sinead and Adam on their exclusive photo shoot for Flavour