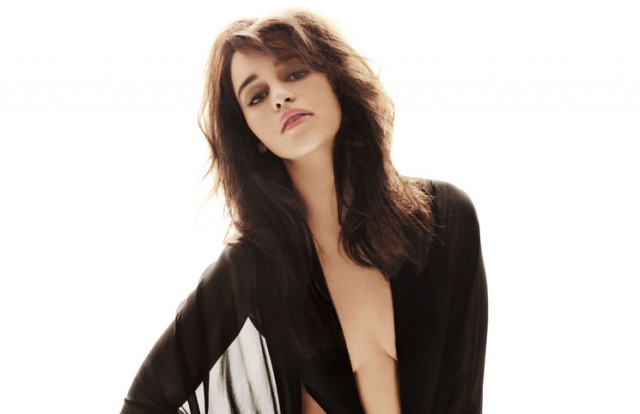 Emilia Clarke, Naomie Harris, Nathalie Emmanuel, Sophie Colquhoun are just some of the names that spring to mind when we think of the new HOTTEST UK female actors, so we decided to create this Lust List of the Hottest UK female actors that you should follow on instagram.

With 2015 film and TV releases in full swing and a massive surge in UK actresses hitting the big screen, we are so happy to see so many young, up and coming female actors on our screens. If you are hoping to see the likes of Kiera Knightley, Emma Watson or Kate Beckinsale then this list is not for you.

We absolutely love Kiera Knightley, Emma Watson, Kate Beckinsale, Thandi Newton, Kate Winslet, Helena Bonham Carter and the other big named female UK actors, however if you google their names you will see millions of search results as they have been featured time and time again.

Hit TV shows like Game of Thrones, Mad Men, Penny Dreadful, The Royals and hollywood blockbusters like Fast and Furious 7, Terminator Genysis, Mad Max: Fury Road have opened the doors for some very special female actors, are you ready for us to reveal who’s on the list?

Emilia Clarke‘s role in Game of Thrones as Daenerys Targaryen helped shoot her to fame and stardom. The actor is also the lead role in Terminator Genisys playing the coveted role of a young Sarah Connor. Emilia’s instagram is loaded with photo’s on set with other celebrities, personal photos and is a great account to follow as its not your usual pouting, selfie type instagram account.


We cannot really call Naomie Harris an up and coming actress, however as Naomie isn’t a media junkie, her name doesn’t always ring the bells it should when you hear it. Naomie Harris’ filmography is already started to read like a hollywood legend, currently starring as ‘Money Penny’ in the Jame Bond franchise, other credits to her name include, Pirates of the Caribbean, 28 Days Later, Mandela: Long Walk To Freedom, Small Island, Miami Vice and more. We simply adore Naomi and we look forward to seeing her in James Bond: Spectre

The lovely Kaya has been the peoples favourite from the hit TV show ‘Skins’ where she played Effy Stonem. Kaya is probably the most popular actor from the cast of the show and Kaya’s credits also include The Maze Runner (You can watch our video interview with Kaya here), Shank, The Moon And The Sun, The Truth About Emmanuel and also Pirates of the Caribbean: Dead Men Tells No Lies which is set for release in 2017.

From Hollyoaks to Hollywood, Nathalie Emmanuel is making serious waves across the oceans around the globe. We first noticed Nathalie in Hollyoaks, then she appeared in The Misfits, since then she has graced our screens in Game of Thrones and is also starring in the US blockbusting franchise Fast and Furious 7. Nathalie Emmanuel is one to watch and we expect to see great things coming her way. Check out this cheeky article on How to Date Nathalie Emmanuel and follow her on instagram.


Sophie Colquhoun is the blonde bombshell we all love to hate in the TV show The Royals. Sophie plays the prince’s ex girlfriend Gemma who is classy yet scandalous. You wouldn’t want Gemma to be your new BF’s ex girlfriend as it would simply be too stressful. Sophie has also starred in Captain America: The First Avenger as well as Plebs and Eastenders younger spin off TV show E20, not forgetting her role in The Inbetweeners too. We cannot wait to get an interview and even more so a photo shoot with Sophie soon.

Imogen Poots has the power to make us crumble at her feet. Imogen has starred alongside Michael Douglas in Solitary Man, Kiera Knightley in V for Vendetta as well as James McAvoy in Filth. Imogen’s other credits include 28 Weeks Later, That Awkward Moment, Fright Night and more recently Need For Speed. Expect big things from Imogen and keep its locked to Flavourmag.co.uk as we will be following her progress like a true fan.

Alice Eve seen in the photo above with Naomie Harris who we mentioned earlier has starred in hit films such as Star Trek: Into the Darkness, Men in Black 3, Sex and the City 2, The Raven and Dirty Weekend. You may mistake Alice for an American actor as she moved to Los Angeles when she was young, however she is a UK born actor and you should follow her on instagram now. Did we mention how hot she is?

Shanika Warren-Markland is a British actress that should get more recognition. Shanika has starred is films such as Kidulthood, Adulthood, 4.3.2.1, Brotherhood and more. Shanika is an absolute beauty and just a nice in person. Her instagram is a personal selection of friend and family photos, celebrity photos and a few hot modelling shots every now and then.

So there you have it, a lust list of UK female actors to follow on instagram. Have we left someone out? If so leave your comments below so that we can add them to the list and before you go all ape shit, Natalie Dormer, Kimberley Nixon, Kelly Reilly, Sophia Myles and quite a few other HOT UK female actors do not have an instagram account.